On the court with Whitman Women’s Tennis 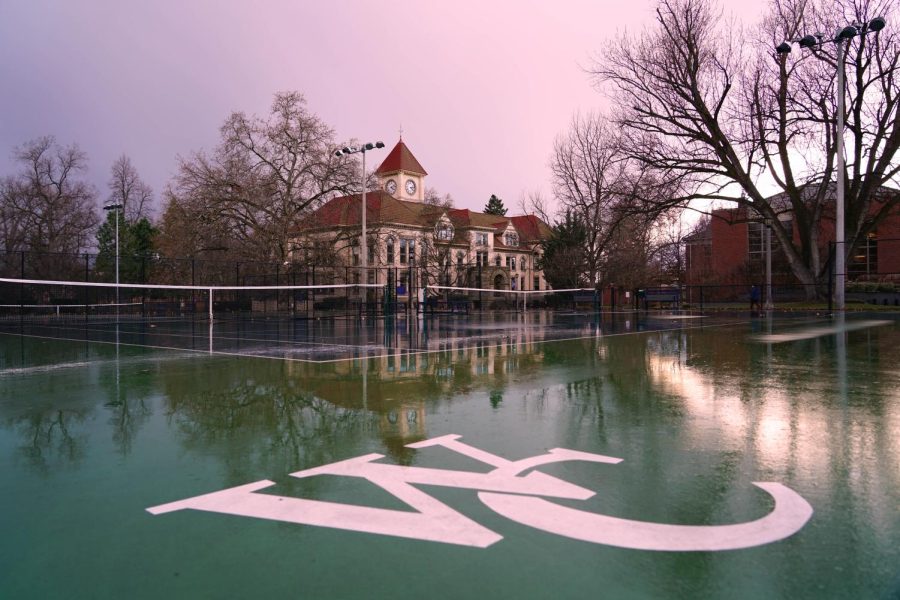 The women’s tennis team is starting their spring season, preparing for a conference with high hopes of bringing titles home for the Blues. While training requires discipline, commitment and time, the women’s tennis team and coaching staff are striving to create a supportive team atmosphere.

Head Coach John Hein is excited to take on this new season with a full team of 11 players.

“The first few weeks have just been training really hard, a lot of indoors and a lot of weights and stuff, and just trying to make sure that we are ready for this season…We aren’t graduating anybody so we can still build the cohesiveness as a team for two years and also keep getting better and better on the court,” Hein said.

Hein expressed that the team is excited to have the goal of winning the conference, while also focusing on spring break–when the team will play several nationally-ranked teams in Texas to have the opportunity to move up in the ranking.

“On Sunday [Feb. 20] we have one match to start the conference at Whitworth… March 6 is our first home match and that is our only home match before spring break; we will play George Fox,” Hein said.

Although many may perceive tennis as an individual sport, building teamwork values is a key component of women’s tennis team at Whitman.

“The team goals come first, making sure that the communication is as a team… We give a lot of ownership to the team, whether it’s coming up—rather than me giving the team a bunch of the rules, coming up with a lot of those expectations ourselves, and giving the team ownership on that is I think really important,” Hein said.

First-year Arianna Castellanos, an international student, expressed that her dream has always been to come to the US and play tennis, and Whitman has allowed her to do so. Despite the challenges of leaving her family and home country Ecuador, Castellanos has found a family in the tennis team. The coaching staff have helped her and supported her during her first year at Whitman.

“At the beginning, it was kind of challenging to adapt to the language and the new culture, and school, and making friends… Now it’s better, I have created really close bonds with my teammates and I have really close friends there. I really love the experience of playing for Whitman,” Castellanos said.

For junior Camilla Tarpey-Schwed, this is her third year being in the team. This academic year is her first full season given the previous years’ COVID-19 restrictions.

“Our team is really strong this year. So we are looking forward to just having a big team, just playing all the matches, and having fun and enjoying every moment, winning and stuff,” Tarpey-Schwed said.

For Tarpey-Schwed, valuing teamwork is important to succeeding on the court and has helped her to be prepared for the challenges of the game.

“Because tennis is an individual sport, it’s so nice to have a team where we are able to support each other, and you are not out alone on the court. It can be mentally difficult when you are alone. I just love how we support each other and just have fun every day in practice and matches,” Tarpey-Schwed said.