The Shock of Culture Shock 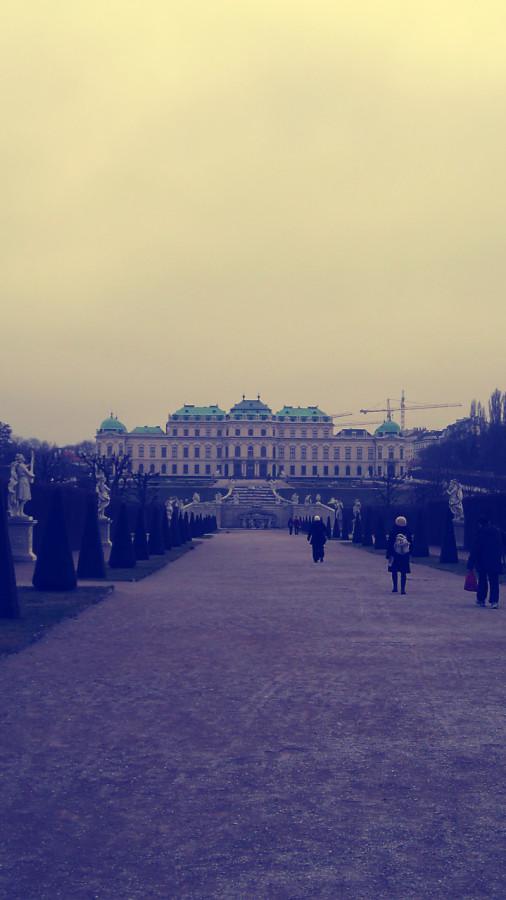 The Belvedere on a particularly foggy day in Vienna.

Culture shock (n). the personal disorientation a person may feel when experiencing an unfamiliar way of life due to immigration or a visit to a new country, a move between social environments, or simply travel to another type of life.

The Alps over Mariazell.

I consider myself an independent person. When I was sixteen I traveled to Ohio for two weeks by myself for a writing intensive camp. A year later I traveled to a handful of colleges for “Admitted Students Weekends” by myself and barely blinked an eye at the thought of traveling to and from the airport by myself. For my first summer out of college I lived 3,000 miles away from home in Orlando, FL where I lived and worked in a big city for two months. I’d even traveled to Europe my senior year sans family – although I’ll admit I was with a school group. In all my solo adventures I never once experienced anything but a thrill at experiencing something new. So imagine my surprise when I traveled to Vienna, Austria for my study abroad – something I had always planned to do to – and experienced something new and ego bruising.

The Belvedere on a particularly foggy day in Vienna.

Culture shock didn’t hit me until after our three-day orientation at Mariazell, a small village in the Alps. Almost immediately into

my move into my apartment in Vienna, I became sick with a sinus infection. Every day for the first week was spent class-go home and be sick-go to sleep at 9 p.m. I also felt isolated from my home. With the nine hour time delay and my free texting apps not working, I had no immediate means of communication with my family or my friends from back home. I am also the only Whitman student here and one of few Northwesteners so the go-to bonding over Subarus, Chacos and Free Trade Coffee were out of the question. I also missed bulk sizes of yogurt (not a thing here). Oh, and I don’t speak a lick of German which made every interaction in a restaurant or on the street mentally exhausting. For the first time in my travels I felt a yearning for home and for the familiar. Four months seemed like an eternity.

Then, after the first Friday (and a week in Austria) I started to feel better. I could finally breathe out of my nose, and I’d finally Skyped with my parents. Sure, I still couldn’t speak any German other than “I come from the United States; I live in Vienna,” but I was starting to feel hopeful. I took a walk by myself around my district (I live in the third district of Vienna). It was amazing. I took in my part of the city and really started to feel better. It was like I had taken a big breath of fresh air.

A statue at the Hofburg Palace in Vienna.

Two weeks in, I’m starting to really love the city. Sure, it’s sometimes exhausting to have to mime my way through social interactions. And yeah, I still really miss having that constant communication with my family, Chacos and large jugs of yogurt. But, it’s getting better. Culture shock doesn’t have to be a negative experience. In fact, it’s made me appreciate some things from home and appreciate being completely independent from your people. Four months doesn’t seem so long anymore.