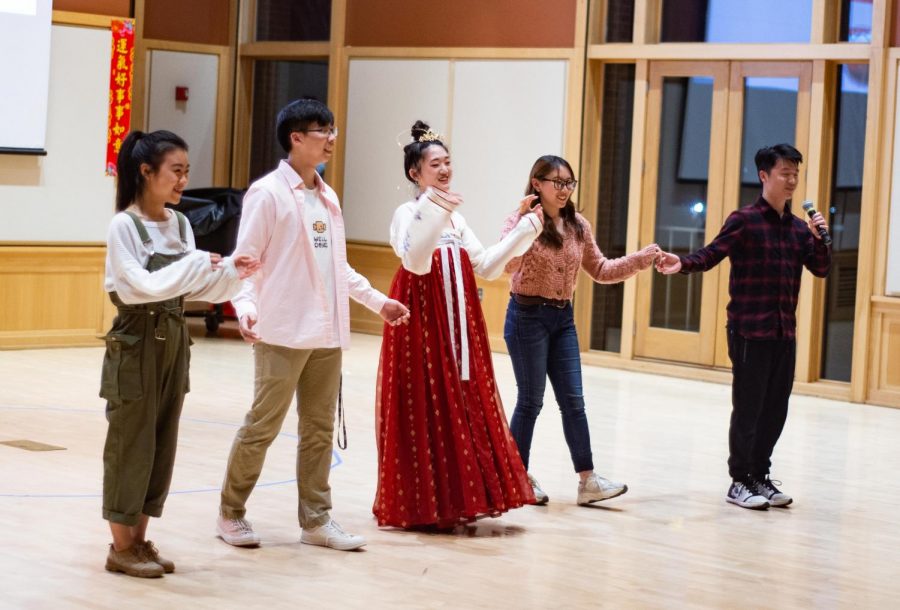 Students celebrate the end of the Lunar New Year at the Lantern Festival, organized by China at Whitman.

Strings of lanterns decorated with riddles hung across the Reid Ballroom ceiling on Saturday, Feb. 8. Beneath them, crowds of people crossed from one activity to the next. Long lines circled the food and boba milk tea station, which featured chicken and bowls of tapioca, respectively. On the opposing wall were tables for lantern-making, ring-tossing and lantern riddle-guessing – beside them, there were tables for writing Chinese calligraphy, a place to drink some Chinese tea and another spot to sample Chinese sweets.

The festivities were organized by China at Whitman to celebrate the Lantern Festival, a traditional Chinese festival that signals the end of Lunar New Year celebrations.

“This year, we didn’t really have a big event on the day of Lunar New Year, so we figured it might be better to hold a campus-wide event on the Lantern Festival, which is on the last day of the Spring Festival,” said sophomore Sihan Chen, co-president of China at Whitman.

Traditionally, the Lantern Festival is also a gala. In that spirit, China at Whitman ran a procession of performances, with occasional breaks in between to pull lottery numbers. The first performance was a dance to Blackpink’s “Boombayah” and “Forever Young,” performed by sophomores Doris Yu and Ashley Nguyen and first-year Sia Wang to excited cheering from the audience.

Afterwards, sophomore Justin Ferland performed a magic trick called “needle and thread,” which drew numerous gasps from spectators as he swallowed sewing needles and a spool of thread, then drew the thread out of his mouth with every swallowed needle dangling from it.

From there, a band comprised of language assistants John Zhang and Ridney Wijesighe and juniors Kenta Suzuki, Keita Tate and Jun Hong performed two songs. Zhang changed the lyrics of the first song to send well wishes to China in their struggle with the coronavirus.

First-year Victor Li performed a dance in the “popping” genre exciting onlookers. Next, senior Elen Liu sang “Practice Love,” which she dedicated to an anonymous recipient. The last student to perform was sophomore Doris Yu, who enthralled the audience with a traditional Chinese dance. From there, the Lantern Festival’s finale began: a performance from the Tri-Cities’ Old Warrior Horse Kung Fu Academy. 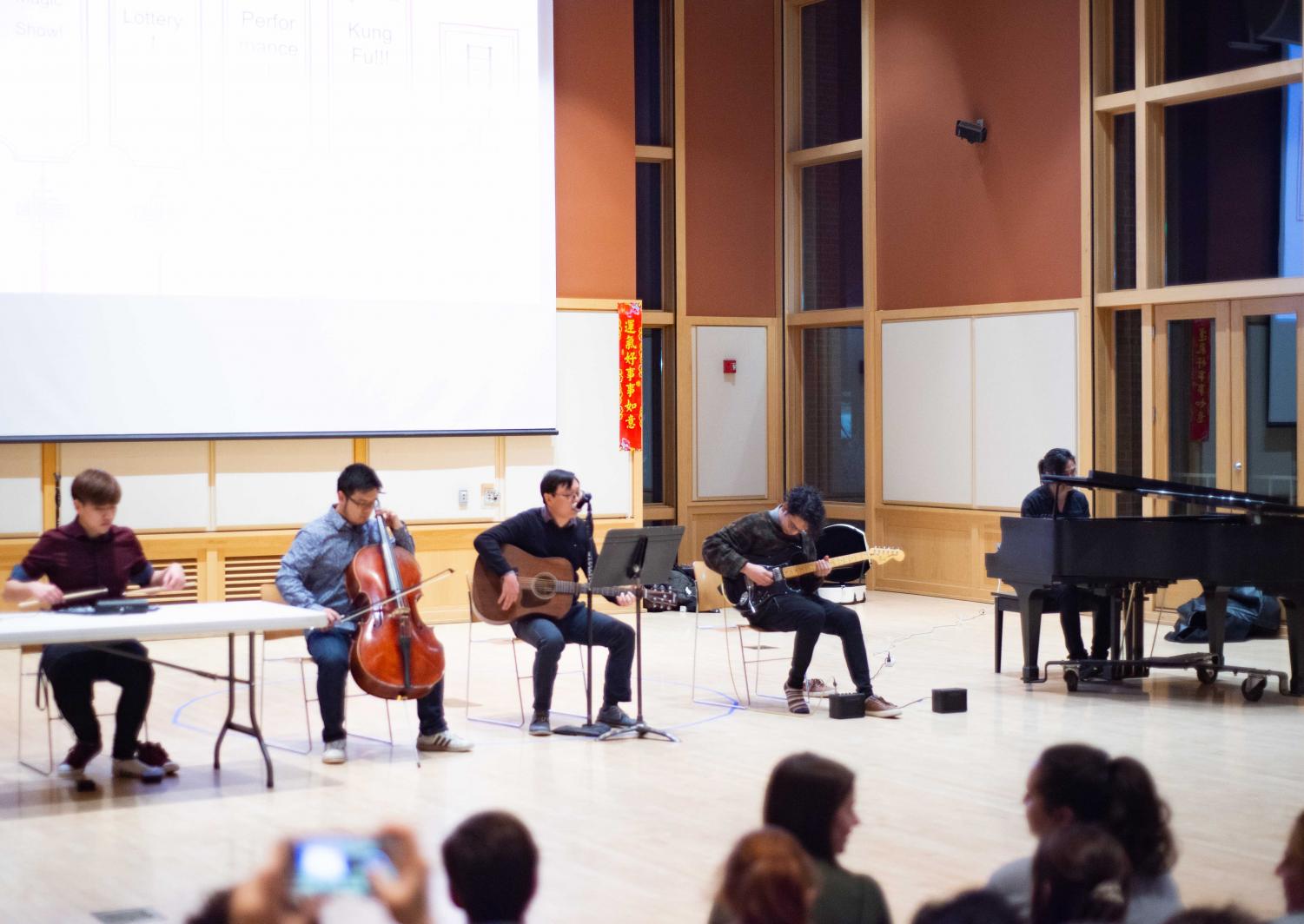 “It was all really fun. I really enjoyed watching all of the performances,” said sophomore Sophia Solares.

But, Solares added, Whitman’s Lantern Festival was more than entertaining.

“It’s a great opportunity to learn for people who might not know much about Chinese culture as they might need or want to,” she said.

According to sophomore Junxi Chen, co-president of China at Whitman, sharing of Chinese culture was one of the objectives of both the Lantern Festival and China at Whitman. Their other aim, he said, was to make Whitman’s “Chinese international students – especially first years – feel more at home.”

“We want to give [Chinese international students] support by creating this sort of environment where they can feel comfortable,” Chen said. “We want to create this sense of community and belonging in the U.S., in Whitman.”

Both the desire to offer those far from home a place of comfort and the goal of sharing Chinese culture with others were fulfilled through Whitman’s Lantern Festival, which offered both cultural solace and education. 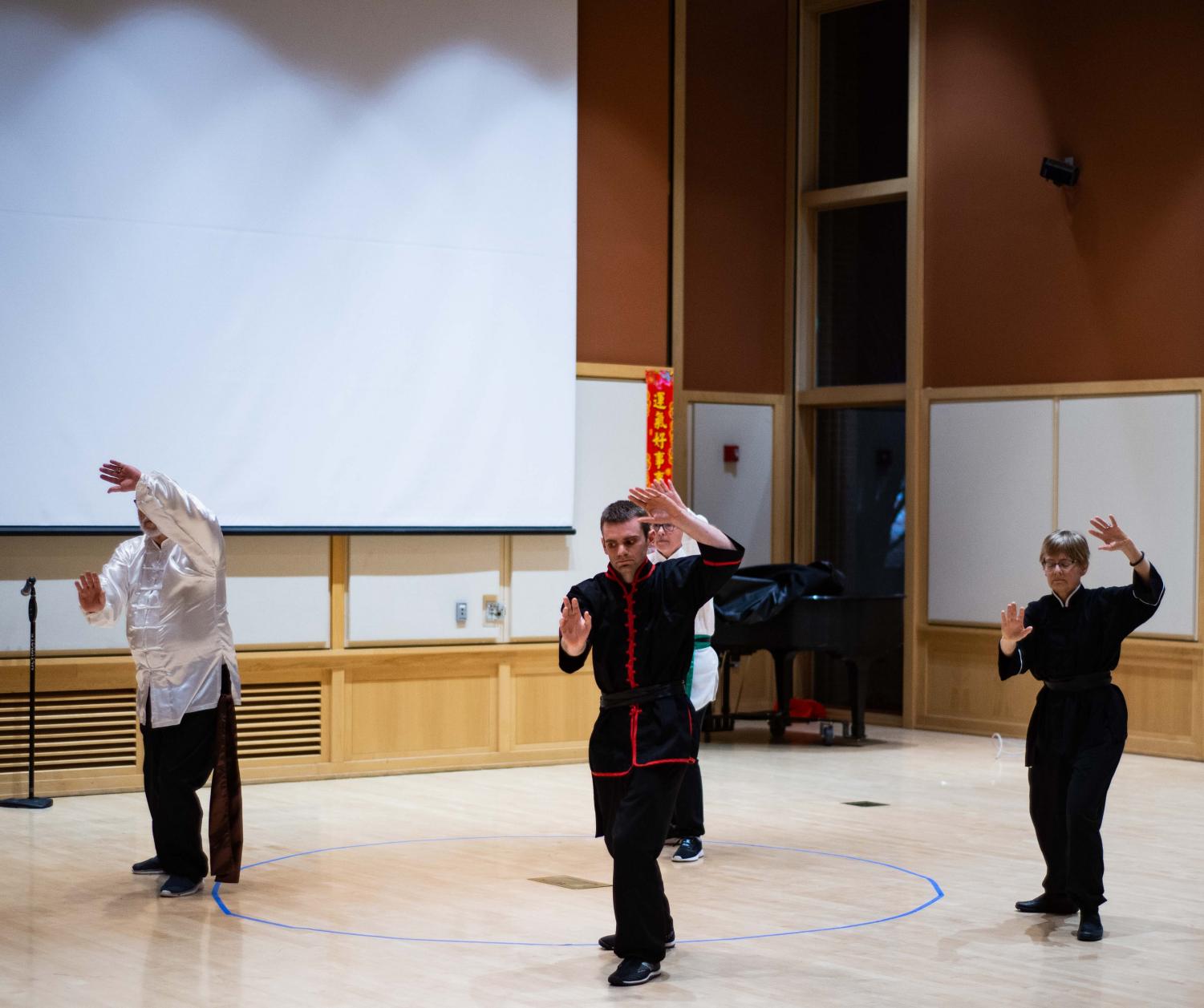