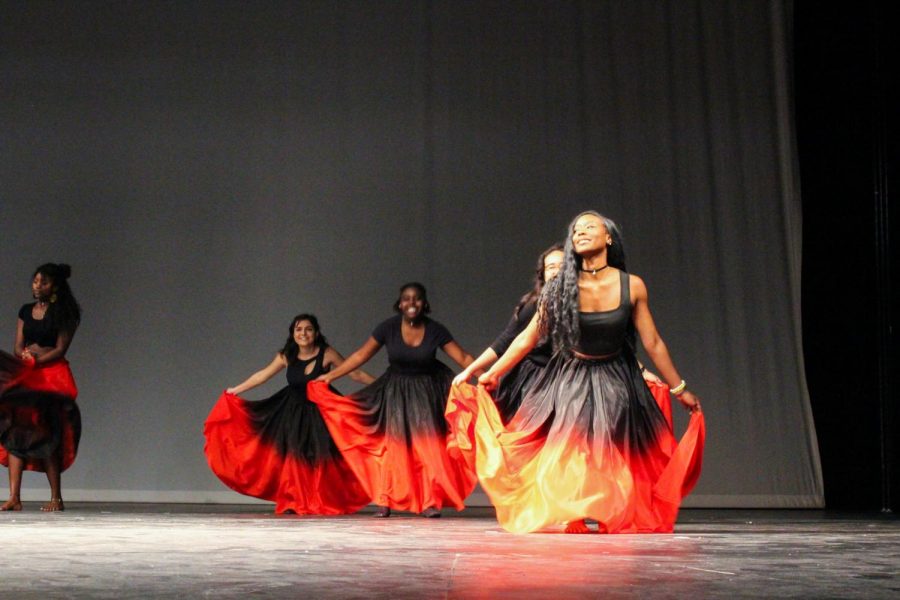 “I speak English well,” repeated first-year “Freedom Songs” performer Maria Martinez in a spoken-word poem about the judgment and biases imposed upon people of color, and the personal strength that can be drawn on to overcome that kind of systematic oppression.

The poem was one of two spoken-word performances that were interspersed among the otherwise musical program of “Freedom Songs,” an annual event organized by a team students and performers with the goal of complicating our collective understanding of freedom.

This year’s performances, occurring on Friday, Nov. 8, and Saturday, Nov. 9, centered around the theme of Hope and Healing — particularly how these processes are fragmented, incomplete and ongoing. The concert featured a capella performances by student clubs such as the T-Tones, Schwa and Sirens of Swank, traditional and culturally-inspired dancing, as well as a Mongolian violin solo by junior creative director Nadia Ganjoloo.

Many performances featured video accompaniments that translated the lyrics into English or otherwise contextualized the complicated history of resistance and refusal as it pertains to minority rights. 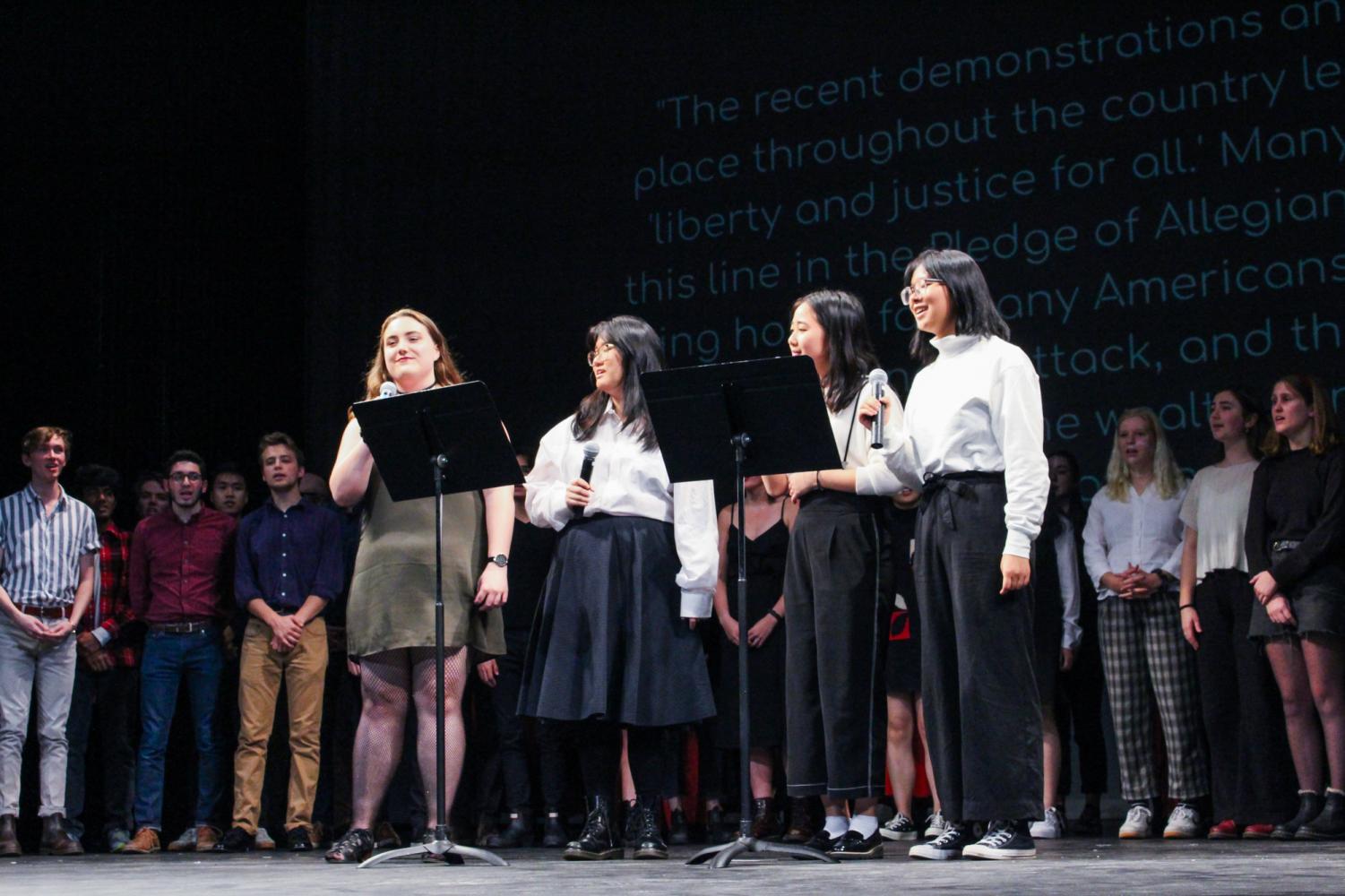 “[It’s an issue of] communication: how I want freedom versus how [existing institutions are providing it],” said junior Erin Zheng, music director of the performance.

For the Freedom Singers, true freedom is that which is self-exercised through creativity and performance; it must be actively enacted.

“You can’t portray everything about you in one piece of art… You can [only] portray parts of yourself,” Ganjoloo said. “It leaves space for other people to put other pieces [into the puzzle].”

This fragmented approach to art and politics is also conveyed through the multimedia approach of “Freedom Songs.” Student leaders collaborated with Stevens Gallery curator sophomore Em Perry in the curation of a gallery for the performance, which was displayed in the lobby of Harper Joy the night of the concert. 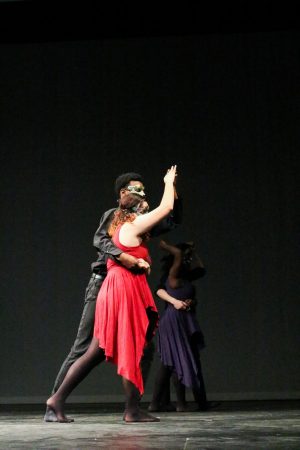 Another example of the multimedia approach of “Freedom Songs” is its accompanying zine, edited by junior Indira Dahlstrom, which accepted various written and visual submissions on the topic of Hope of Healing, including a poem by Dean of Students Kazi Joshua entitled, “Prisoner of Hope”.

“In terms of my selection process for the zine, I was open to anything… certain submissions helped me to see hope and healing in a different way,” Dahlstrom said. “For this zine, I was focusing more on what other people had to say”.

Dahlstrom wanted to let the voices speak for themselves. The focus is on fashioning solidarity through plurality — a plurality of subjects, voices, performances and media.

“There are different ways of expressing freedom in different cultures and countries,” Zheng said. “[It’s all about bringing] all of that together, and to show people how we see freedom.”

In this same way, then, Zheng refers to a plural “we” as a revolutionary solidarity that transcends artificial boundaries. The multiplicity of language is one important example of this kind of plurality. Zheng translated by hand the Chinese song “Same As You,” which she performed alongside juniors Tracy Cui, Candice Chen, Annie Xue and Tina Tao.

“We couldn’t find a translation online, so we translated it ourselves. It is really difficult,” Zheng said. “[We have to try to convey] the same atmosphere of feeling love.”

For Ganjoloo, that’s what “Freedom Songs” is all about: engendering love and empathy if not necessarily relatability.

“I think it all comes back to [dismissing the idea of] relatability… people may relate to [your art] and people may not relate to it, but they will empathize with it…and that’s where collective revolutionary thought is [produced],” Ganjoloo said.

To that end, a lot of attention was given to constructing the “Freedom Songs” performance as a more open-ended, dynamic and reflective experience. Throughout the zine, for instance, Dahlstrom leaves blank spaces for people to respond to the thoughts and sentiments expressed therein. This is also reflected in Ganjoloo’s initial aims for the performance.

“When I first envisioned Freedom Songs… I just wanted to have a space and see what the performers would make of that space,” Ganjoloo said.

Dahlstrom appreciates this more fluid conception of creativity and performance.

“If I were a first-year seeing something like that for the first time, I would feel empowered [to know] that the type of art that I’m interested in and that resonates with me… has a space to be shared at Whitman,” Dahlstrom said.

It’s also important to realize that the struggle for freedom is ongoing and necessarily incomplete.

“Not everything needs to be complete or talked about to [conclusion], sometimes you just have to sit back and listen to other people’s stories,” Ganjoloo said. 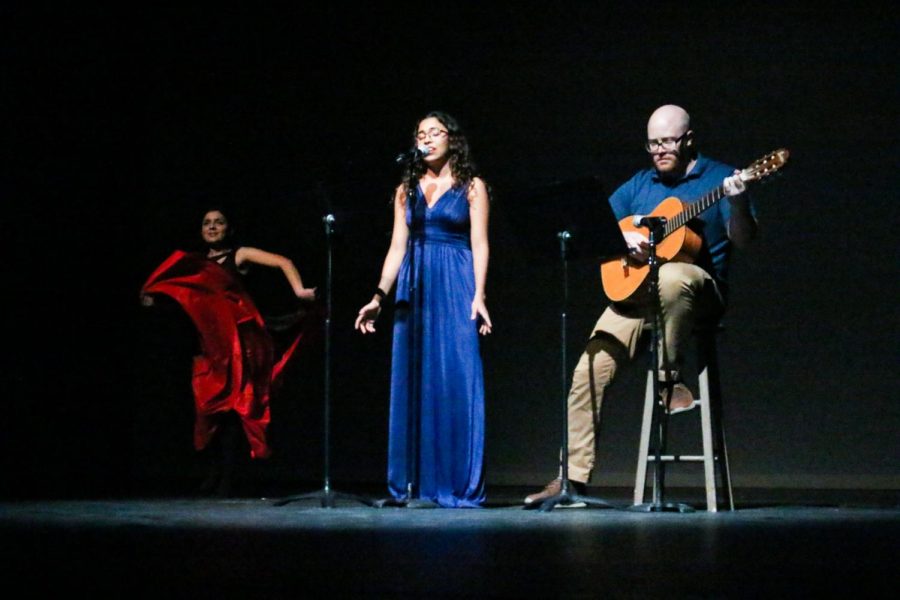 The zine and gallery are examples of ways in which that listening process can be made more long-lasting. By printing copies of the zine and distributing them across campus, Dahlstrom hopes she can sustain the conversation among a wider audience.

“If you come across the zine lying around on a table or something, it can keep the conversation going,” Dahlstrom said. “I think having the zine available in spaces across campus allows for that interaction and impact to happen beyond the concert”.

It’s equally important that music was the medium through which this kind of creativity was expressed. Zheng spoke to this element in particular.

“I think music is unity. It doesn’t matter which country it comes from,” Zheng said. “Even if a lot of people don’t understand what we’re saying, they can be influenced by the music”.

Ultimately, the Freedom Singers aim to transform and mitigate social inequality by using music to create a new type of solidarity and communality.

“We’re hoping to inspire individual action that would lead to community action,” Dahlstrom said. “We’re interested in the way that hope and healing are individual as well as communal… and I think, for me, personal connections are really important.”

“Personally,” Ganjoloo said, “what I feel like would be healthier for those that are trying to fight the existing institutions would be community building, building those relationships… It’s hard to fight an abstract idea by yourself, and I think understanding how other people are feeling, what other people want, what commonalities there are… that’s where it begins: in solidarity, in the collective. If that collective forms, then the institution—what can it do?”