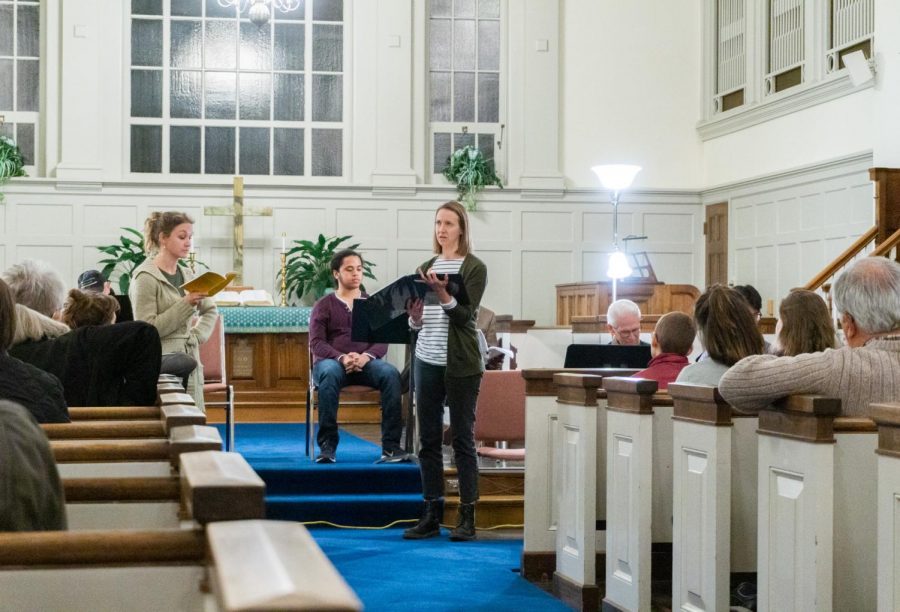 The event offered context for how American playwright Jennifer Barclay’s “Ripe Frenzy,” a play Whitman’s theatre department is putting on at Harper Joy Theatre in December, parallels “Our Town” in numerous ways — such as its American small-town setting and thematic exploration of community.

However, the relationship between the two extends beyond just similarities. Just as “Ripe Frenzy” parallels “Our Town,” it also violently intersects with it: “Ripe Frenzy” is about a school shooting, which occurs during opening night of the school’s production of “Our Town,” and its aftermath, including a series of flashbacks into the play’s production leading to opening night. 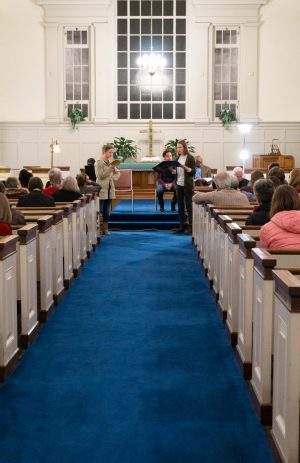 Because of how interconnected the productions are, it was “thought that [the ‘Our Town’ reading] would be a great chance to expose folks who are interested in coming to ‘Ripe Frenzy,’ expose our cast and production team, everybody, to a reading of the play, give some context,” Kruger said.

However, the reading of “Our Town” was more than just a means of providing a greater foundation for Whitman’s future airing of “Ripe Frenzy.” It was also its own performance with its own significant relationship to the Walla Walla community.

“‘Our Town’ is set in a fictional town called Grover’s Corners, which in a lot of ways is kind of similar to Walla Walla,” Harrison said. “I mean, the play is set at the turn of the 20th century, so there’s definitely a different historical context, but ‘Our Town’ is very much about the way that life works in small American towns — which has changed significantly over the course of the last 100 years, but in some ways hasn’t. And so it’s kind of a great play for people in Walla Walla to come hear because I think they’ll see parallels with it in their own lives and in the town itself.”

The event connected the Whitman and Walla Walla communities.

LaFond, who is the dramaturge for “Ripe Frenzy,” recalled the “really genuine quality to [the reading] in the moment” and the “little interactions between people who had just met 30 minutes before the reading.”

LaFond also spoke about the discussion after the reading, during which both the “Our Town” reading cast and audience discussed various aspects of the Walla Walla Community. 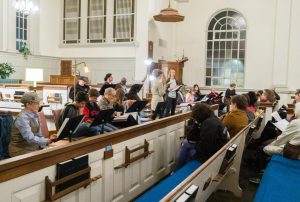 “I was interested in how people were conceiving the Walla Walla community and Whitman community,” LaFond said, “and I got some interesting feedback from the audience about how nice it felt to be in that space together and create something together.”

That experience reflected one of theatre’s most poignant powers.

“The space of theatre is so conducive to conversation and the widening of opinions,” LaFond said. “It’s a place to talk.”

Ultimately, like the play itself, the “Our Town” reading was just that: talking, conversing and connecting with one’s community.

“It was valuable to start making those connections, within the community and outside of where we usually are,” LaFond said. “It’s worth getting out into our town more.”