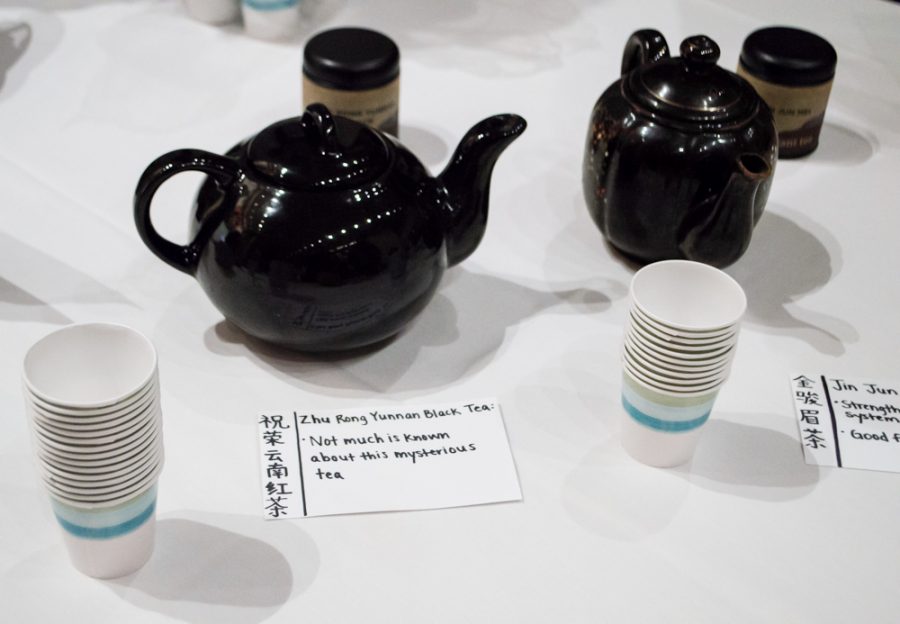 Arts and crafts, good food and plenty of red decorations occupied Cordiner Hall on Friday, Feb. 16 as Whitman celebrated the Chinese Lunar New Year. Also known as the Spring Festival or simply Chinese New Year, this traditional Chinese holiday celebrates the turning of the traditional lunisolar Chinese calendar. This year, it also marked the beginning of the Year of the Dog, one of the twelve Chinese Zodiac signs.

Jiayu Zhang, Resident Assistant of the Asian Studies House and co-president of the China at Whitman club – both of which organized the celebration – described the thought behind holding this celebration at Whitman.

“The Chinese New Year is oftentimes even more important in China than the New Year celebration on January 1,” Zhang said. “It’s a festival people spend with their families, and everyone wants to be home.”

The celebration at Whitman, then, was a way of bringing a piece of home to Cordiner for Chinese international students. During the event, there were various stations including calligraphy, paper cutting, temporary tattoos, ping pong games, tea tasting and a red-background photo booth with a fiery dragon adorning it.

Along with this spread of activities, the celebration included a streaming of the “Spring Festival Gala,” another tradition followed during the Chinese New Year all across China. It is the most watched television show in the world and invites millions of viewers every year.

True to Chinese New Year tradition, the event featured prominent use of the color red in decorations.

“Back home, there was a lot of red paper used for decorations,” Zhang said. “Elders in the family gift red envelopes with money in them to the younger ones as a form of a blessing.”

These envelopes are called “hongbao” in Mandarin and “lai see” in Cantonese. The red color of the packet symbolizes good luck.

Many people at the celebration on Friday expressed their enthusiasm for the Chinese food served, especially the dumplings. However, while this Bon App food may have satisfied non-Chinese attendees of the event, some Chinese international students thought it was overpriced and not authentic enough.

First-year Candice Chen, a Chinese international student who attended the event, commented on the food.

“The celebration was a lot of fun, but the food was not Chinese at all,” Chen said. “Every dumpling or spring roll cost three bucks and it didn’t taste that nice.”

First-year Yuki Zhang, who helped out at the event, agreed that there is room for improvement in future Lunar New Year celebrations at Whitman.

“I think the celebration was successful, but I hope we can do better next year and have games more relevant to Chinese culture, and educate people more since this is a festival regarded highly in China,” Zhang said.

Overall, however, the event went successfully. First-year Kim Li, who ran the tattoo station at the festival, had a positive impression of the celebration.

“Everyone from kids to older people were getting tattoos and seemed super happy about it,” Li said.

Ultimately, the event was a lot of fun, although it did make some of these first-years a little homesick.

Especially commendable about this celebration at Whitman is that it started with just six Chinese students seven years ago, but this year, hundreds of people, not just Whitties but also members from the wider Walla Walla community, came and joined in on the celebration. This is also the first year the event has been held at Cordiner, as it used to take place in the Asian Studies House. Overall, this year’s Chinese Lunar New Year celebration was bigger and more ambitious than in years past, and it paid off. It exposed students at Whitman to an important part of Chinese culture, educated them about Chinese culture and made Chinese students feel at home.