Whitman’s One and Only Advice Radio Show 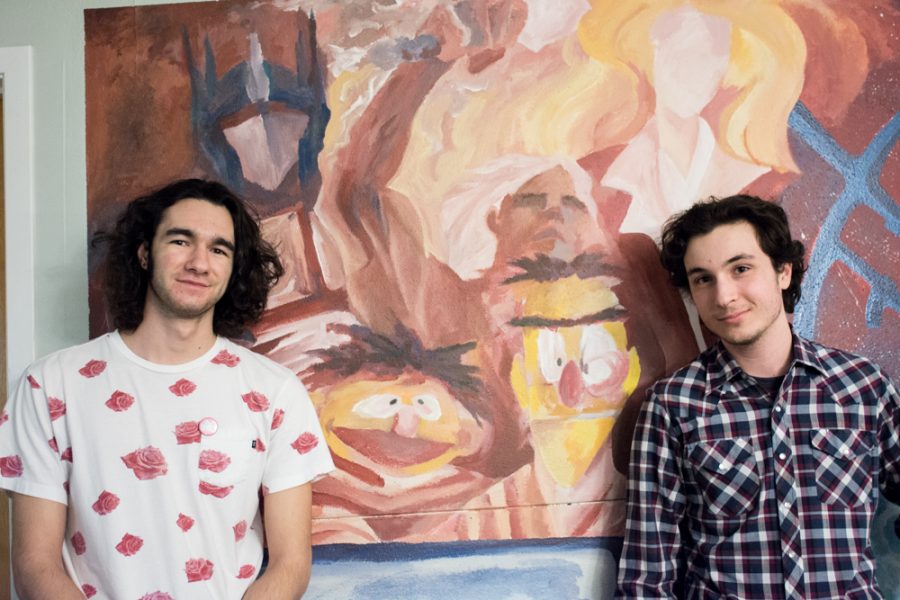 A blend of humor and well-meaning advice finds its home in the recently-started KWCW radio show “The Curl of the Burl.” Hosted by Koby Haigerty ’21 and Ethan Treadwell ’21, the show serves as Whitman’s very own advice radio show.

“The Curl of the Burl” is no ordinary source of advice; it is also a source of laughter, stemming from the humorous, joking nature of the show. While it is an advice show, both Haigerty and Treadwell emphasized that neither of them are experts on giving advice. Many of the questions they receive, in fact, are humorous in nature.

“We’ve gotten everything from just questions that are meant to incite a debate like “how should dogs wear pants” to … there was one that was actually a more serious question which was from a friend of mine, who wants to be closer to her brother but only talks to him when they’re both on break and back at home, and then when they’re both at college they don’t communicate,” Treadwell said. “So we gave a more serious set of advice for that question, but obviously joked about how dogs should wear pants.”

Their responses to funny questions can quickly grow into the realm of hilarity, providing for an entertaining hour on air. Haigerty spoke about one such question that incited an unexpected, good-humored rant.

“Last week we had a question where someone’s friends recommended them a book, and they felt uncomfortable about reading the book in a public space because of what the cover looked like, and they were asking whether or not they should read the book,” Haigerty said. “So we looked at the cover and analytically broke down the cover for a solid thirty minutes just talking about, ‘how would you judge this if you saw this kind of thing? Like there’s already four different fonts on this cover, I’m not exactly sure this is reading material,’ and we just kind of went on this huge rant about this book’s cover.”

The two hosts do occasionally give sincere advice to those questions that call for it.

“There are questions that might come in that relate to something that has happened to us in our past … so in that regard, there are some things that are important to us that we do want to answer truthfully,” Treadwell said. “Otherwise, it’s just meant to be entertainment and kind of bring a smile to people’s faces before they go out on a Saturday night. So I think in both ways it’s kind of beneficial in some way to the audience, but it’s not really meant to be that ‘come to us with your problems and we’ll fix them’ kind of show.”

A typical show starts out with some introductions and light banter between the Haigerty and Treadwell before they jump into answering questions. Some of the questions have been sent in prior to the show, but they also have a phone line and take questions if anyone calls during the show. They close the hour with a segment called “The Complaint Box,” in which Haigerty presents Treadwell with a random topic and Treadwell must complain about it for the remaining five minutes of the show.

“It’s kind of our creative hour,” Haigerty said. “We can just let our minds wander wherever we want to go, it’s so liberating—even if nobody’s listening … it’s just so much fun to have the sense that maybe somebody is, and we’re doing this really cool almost improv theater stuff for them.”

The show is very much an engaging one, with natural banter and laughter arising between the two hosts.

“We’re both pretty good at just taking a topic and finding the funny there, or if not funny, just finding something within that and then once I’m going on something he’ll see what I’m doing and build off of it,” Haigerty said. “That’s why I’m really glad I’m doing it with him because we’re really good at playing off each other’s strengths as far as, if it sounds like he’s [Treadwell’s] faltering on something, I’ll pick up the slack where he’s going and then bring it along … If you have a friend, you can just riff off each other forever.”

Haigerty added, “I don’t want to toot my own horn, but I think we’re actually pretty funny sometimes. And for us it’s just so much fun, and for the people who have listened and given us comments on it, they had a really good time, because we do actually give real answers every now and then, and when we do, it’s really cool advice, and when we are just goofing around it’s actually sort of funny, so it’s kind of a fun little mix of serious and silly and all that kind of stuff rolled into one hour-long package.”

Listeners can send their questions in at any time, including during the show. Otherwise, tune in to KWCW 90.5 Saturdays from 7-8 p.m. for an hour of laughter on “The Curl of the Burl.”