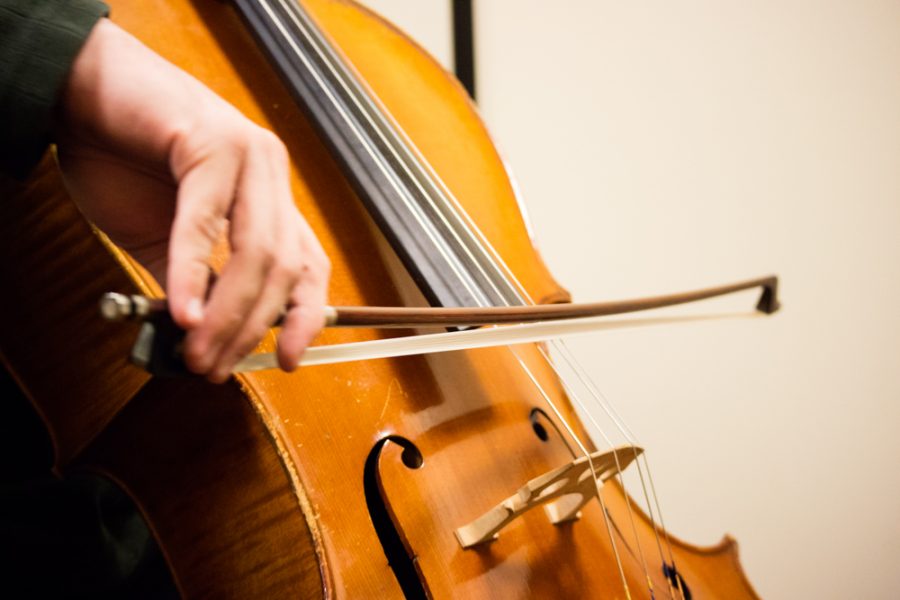 One need not be a music major to love music, as senior Robby Brothers shows.

Brothers, a geology major, is active in Whitman’s music department and considers music an important part of his life. He plays the cello along with the piano and mandola, and is currently working on composing an album.

The cello is his primary academic instrument, as Brothers finds its sound compelling.

Apart from playing for the Whitman Orchestra and taking private cello lessons, Brothers enjoys picking out non-classical pieces, such as alternative indie songs, to play on his instrument. For him, as it is for many other musicians, music is fun as well as academic. But it can also bring much more than that.

“It’s this different way that you can actually feel your emotions more fully,” Brothers said. “[It’s a way to] actually work through some of them sometimes I’ll frequently play piano before I start practicing another instrument because it gets me in a good mental space, or at least focuses my mental space.”

Brothers is grateful for all the guidance he has received from his parents and teachers.

“All of my teachers are so excited about [music], and I saw that excitement and was able to also feel it, which in itself is exciting,” Brothers said.

Also exciting is Brothers’ latest project: an album of his own compositions. It will feature the mandola, but Brothers also wants to bring in the cello and piano.

Although he welcomes anyone interested in buying a copy of his album to reach out to him, Brothers is not recording the album for fame or money. In part, his philosophy surrounding making and sharing music shaped why he decided to embark on the project.

“It’s just something that I want to do and share with people,” Brothers said. “I’m with a firm opinion that any sort of art is not completed until it’s been shared with people. It makes it feel real and complete, and you can no longer go back and fix it. People have heard it; it’s done.”

His album is also a product of outside forces. Brothers has been inspired by various other music artists.

“A friend of mine who’s now at Columbia Law School had this musical project going called ‘Slow Dakota,’ and that more than anything has been what’s inspired me to make music; it’s what inspired me to do the album,” Brothers said. “Ben Folds as well, because I’m captured by very simple melodies that at the same time sound full and beautiful. Music doesn’t have to be complicated or hard to be great.”

In making his album, Brothers again returned to the idea of music being a way of feeling.

“My album’s an example of me trying to capture emotions in music,” Brothers said. “It’s grappling with where mental illness meets real emotion…finding the line between what is actually a real emotion and what is unhealthy and unhelpful, and I think that’s something that words are very bad at explaining but music is very good at capturing in certain ways.”

Brothers does not plan to make music a career after graduating from Whitman; however, he wants to keep music a part of his life. It is as much an activity as it is a way to gather himself.

“It’s a very personal thing for me,” Brothers said. “I play it for me mostly and there’s something that music captures that words don’t sometimes. It’s an outlet.”

With hard work, practice and a passion for music, Brothers is now much more than a geology major, but an accomplished cellist and a fixture in the Whitman Music Department.