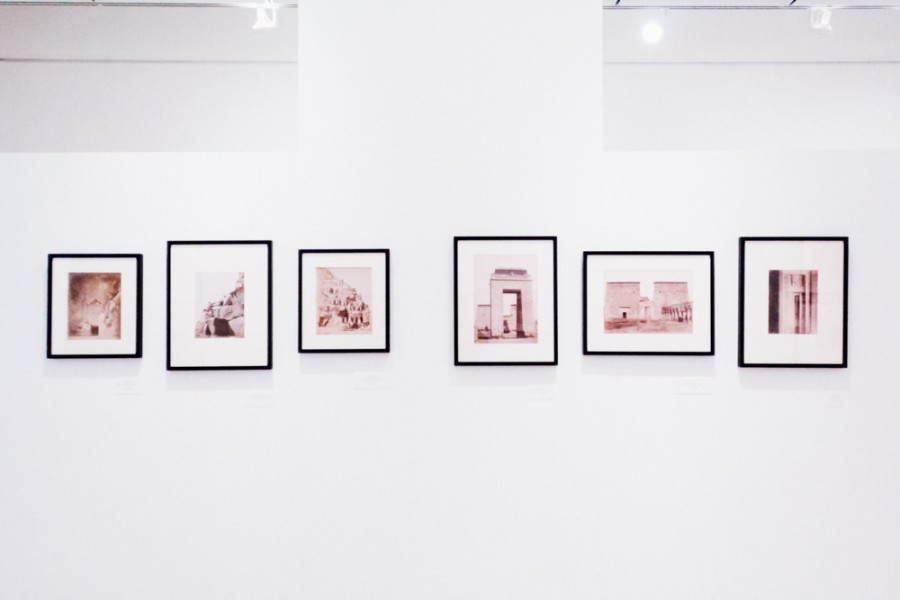 Whitman sophomore William Monico had not attended any of the previous exhibitions in Olin Hall’s Sheehan Gallery, but what he saw last Friday, at the reception for the Gallery’s new “Scenes and Types” exhibit, had him captivated.

“I was fascinated by how much history each picture contained,” said Monico. Although his international politics course had discussed some of the topics represented by the photography in the gallery, the pictures contain stories and themes all their own.

“Scenes and Types” spawned from a collection donated to Whitman College two years ago by practicing artist and collector Adnan Charara. Mr. Charara, whose personal work had been previously featured in Sheehan Gallery ten years ago, sent his entire collection of over two thousand historical images, depicting scenes from Asia, Africa and the Middle East, as well as Native Americans, to the college, a move that Sheehan director Daniel Forbes found unprecedented.

“[It’s] kind of extraordinary for a collector … to be [so] willing to trust us as an institution, to just be like … ‘Here’s everything, you can go through it at your leisure,'” remarked Forbes. To be otherwise able to access images of this kind, he explained, “you would have to go to an archive,” which would be far more regulated and restricted. As it was, faculty and students were able to access this wide collection of images, which helped spawn the notion of using these images for academic as well as display purposes.

Though the exhibit focuses in large part on historical imagery related to Orientalism, referring to older Western depictions of Asian and African cultures, director Forbes notes that there’s much learning to be gathered from the pictures that can be applied to the modern day.

“At the start of one section,” says Forbes, “we have a small carte de visite,” a small photographic card produced from an Indian studio studying Muslims. On it, as Forbes states, one can see “ethnographic text” on the card’s back side and the writings “relate to actual depictions of the Middle East that we’re seeing in contemporary media.”

“[I]t makes it really poignant to see that, as much as we’d like to think that we’re past certain things,” Forbes continues, “things [like these stereotypes] continue to be perpetuated.”

In keeping with this idea of learning, several professors have already guided their students through the gallery, in curricula as distinct as music and gender studies.

English professor Sharon Alker, who began instructing a course on Victorian Literature at the start of the spring semester, found the exhibit to be a “unique opportunity” to rework the course curriculum.

“Not only does the collection fruitfully complicate issues directly related to the period I am teaching, such as empire and the way photography influences and interacts with perspective and ways of seeing, but,” said Alker, “there was a very specific series of photographic images in the collection (taken in a studio in Constantinople) centered on working-class individuals, and the central topic of the Victorian course this year is social class.”

The Victorian Literature course had originally been scheduled as a fall semester course, but the exhibit led Alker to push it back to spring.

“I love the way this collection enables students to learn in a different way; it is experiential,” Alker said. “It allows students to step outside the classroom into a different kind of space and ask different sorts of questions about how we, as viewers from another culture, should approach and engage with these photographs.”

But Whitman’s faculty and students are not the only beneficiaries of “Scenes and Types.” Forbes explained that student interns, such as Margaret Rockey, catalogued and digitally archived Charara’s collection, and were subsequently able to send the images back to him. Charara was thus able to generate new artwork from the digital uploads of his collection.

Rockey herself found the project to be quite the exhilarating experience. “[I]t was not a monotonous project at all,” she noted. “It’s crazy how much creativity, research, planning and then grunt work ultimately went into this show.”

The end result, though, was more than satisfying for Rockey. “The show goes in so many directions,” she said. “[It] is a really wonderful collaboration between art, history, politics [and] religion, because the Global Studies initiative has done so much to put on talks… and involve professors from so many disciplines, [all] in conversation with this gallery show.”

Responses from both faculty and students indicate the gallery’s wide range of appeal. Director Forbes suggests that “there’s something profound about looking at something that’s endured, thinking about how many hands these things have passed through.” William Monico, looking more closely at the social perspective of the pictures, recommends the gallery to “anyone interested in decolonizing their lives.”

“Scenes and Types” is now open at Sheehan Gallery in Olin Hall during the gallery’s regular hours. It will close on Apr. 14.