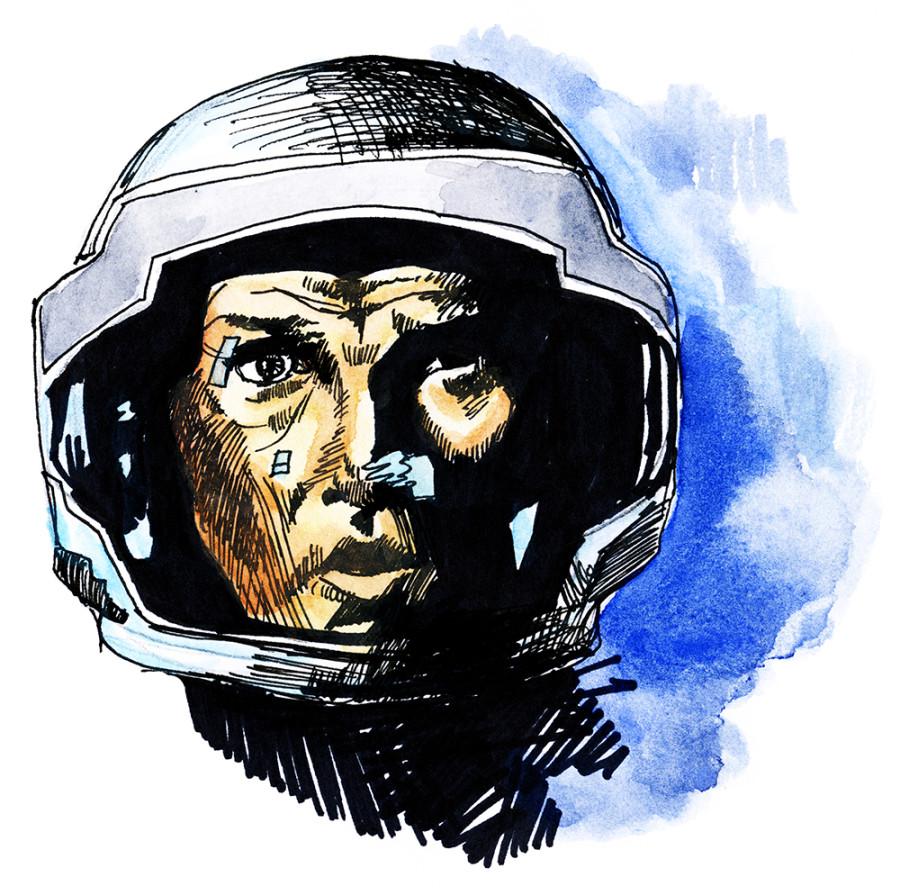 I am a huge fan of movies that explore the final frontier: space. My voyages to unknown worlds in “Star Trek” and going to infinity and beyond in “2001: A Space Odyssey” (or maybe that was “Toy Story”) left me chomping at the bit for Christopher Nolan’s newest film, “Interstellar.”” Nolan, who previously directed critically acclaimed projects like the Batman Trilogy and “Inception,” did not disappoint when it came to the scale of the movie.

“Interstellar’s” space scenes were spectacular and visually stunning. Unfortunately, the first hour of the film was on the decaying Earth before they finally escaped to a spectacular depiction of space. Maybe I had my hopes set too high or three hours is too long for a movie, but after seeing “Interstellar,” I walked out of the movie feeling amazed yet slightly disappointed from watching a movie that was good, not great.

To briefly summarize the plot, “Interstellar” is set in the near future where overpopulation and a crop disease have nearly killed off mankind. Food has become so scarce that all humans are expected to die off within the next few decades. To save the day, an ex-pilot widower father of two, Matthew McConaughey, Anne Hathaway, two other astronauts and a cheeky, talking robot must travel through a wormhole just past Saturn. The wormhole will transport the group into a different galaxy in hopes of finding a new home for humanity. Piece of cake, right? Not exactly…

Complicated physics drives the plot of “Interstellar.” Kip Thorne, a renowned theoretical physicist, was executive producer and helped Nolan infuse actual theoretical physics principles in the plot. Nearly all of the black holes, planets, solar systems, spaceships and space travel depicted are supposed to be scientifically accurate and stunning. And these are the most interesting part of “Interstellar.” Whenever our not-so-merry band of astronauts are in space, the view is breathtaking.

Although I may have been stunned by the spectacular visuals, there were moments where I felt the physics that the film so heavily relied on was shoved aside to make way for the over-the-top sentimentality. The idea was that love between McConaughey and his 10-year-old daughter and grown-up daughter played by Jessica Chastain (they are both the same daughter but aged 20 years due to complicated physics time dilation…) actually transcends time and space.

The movie has a hard time deciding whether or not it wants to be about flashy visual effects or a love story, making it hard for me to choose which one I actually wanted. While I may have had a few issues with “Interstellar,” the film still had flashes of brilliance making it worth seeing. The filmed was made to be seen on the big screen. Nolan even filmed with special 35mm and IMAX 70mm film so that the bigger the screen you watch on, the more stunning the viewing experience will actually be.

“Interstellar” had the incredible visual depictions of space that made films such as “Gravity” and “2001: A Space Odyssey” films to be experienced in theaters, and the bigger screen the better. I recommend waiting until Thanksgiving to see “Interstellar” on the big IMAX screens where the visuals can be properly appreciated.  Unfortunately, even with the great visuals, “Interstellar” tried to reach for the stars and came up just short.