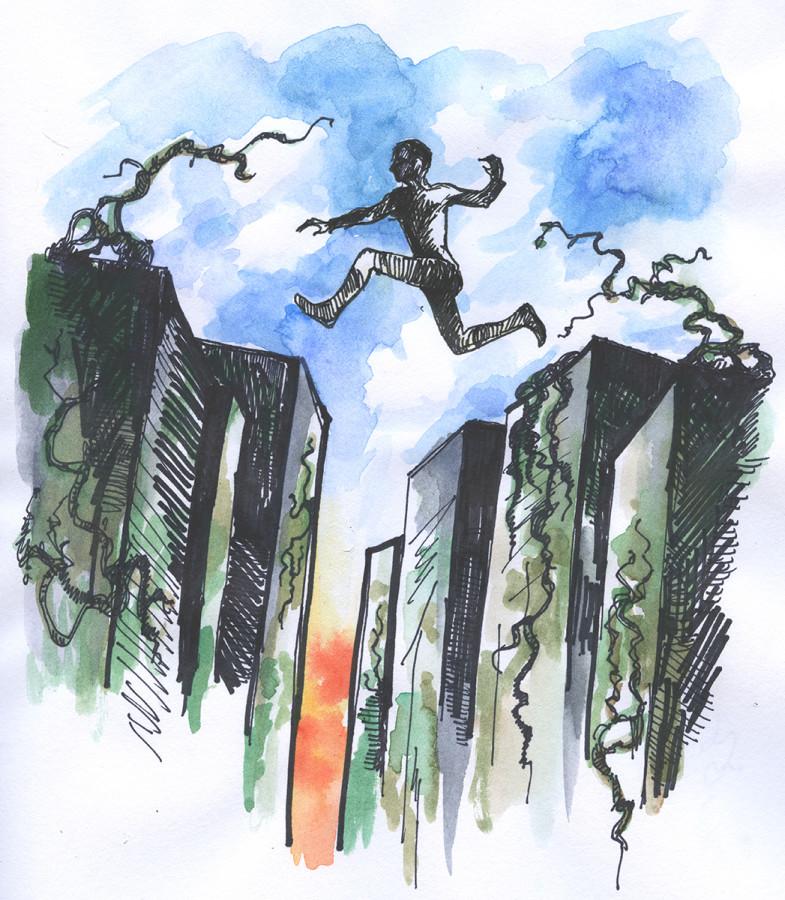 Unless you live under a rock, “Harry Potter,” “The Hunger Games” and “Twilight” are familiar and, go ahead, admit it, you probably enjoyed the books too –– at least my little sister tells me I need to read “Twilight.” Not surprisingly, Hollywood studios have been trying to find and cash in on the next Harry Potter young adult hidden gem to bring to the big screen. Trying to avoid  “Vampire Academy,” “Beautiful Creatures” and “The Lovely Bones” tween flops, the choices at the local cinema left me no choice but to try “The Maze Runner.” To my pleasant surprise, “The Maze Runner” fell directly in the middle of the young adult adaptation scale: not terrible, but not amazing.

“The Maze Runner” begins with a teenage boy named Thomas (Dylan O’Brien) waking up in what seems to be an upward moving warehouse elevator shaft. Suddenly Thomas reaches the top of the wormhole, and the ceiling opens. Another boy jumps in and pulls Thomas out. Thomas suffers from amnesia, and after one day he can remember only his name. Picture a Jason Bourne and Dory from “Finding Nemo” amnesia-adventure character mash-up.

To wrap up the absurd plot simply and succinctly, Thomas has been thrown into a field enclosed by huge walls with about 20 other boys (including “Love Actually” kid and “Game of Thrones” character Thomas Sangster). The boys have lived in relative peace with a “Lord of the Flies” type of hierarchy and lifestyle for several years, having been implanted into the middle of a maze to fend for themselves with their memories wiped by a secret organization called W.C.K.D. Once a day, one of the walls opens allowing the studs of the pack, the â€˜runners,’ to find their way out of the surrounding maze before the creepy arachnoid monsters come out at night. No one has ever made it out of the maze, and if you don’t find your way back to the field by the time the walls close at night, the scary mechanical creatures inside the maze will certainly eat you (actually kind of creepy for a PG-13). Naturally, once Thomas shows up, the established ‘order’ begins to change (oh brother, sound familiar?).

Sure, “The Maze Runner” has plenty of clichés and absurd moments, but unlike other “Hunger Games” wannabes, the movie wasn’t bad. Yes, there are laughable moments like the first major plot twist occurring when the elevator delivers a girl (Kaya Scodelario) to the fraternity. Yet for some reason, I still have not figured out why I enjoyed watching the kids running around and trying to figure a way out of the maze. Maybe I was just reminded of how much fun I had running through the corn mazes at Halloween. Anyway, “The Maze Runner” is an OK young adult book adaptation that probably deserves to be rented from Redbox next year, just before the sequel comes out so you can knock them both off in one night.