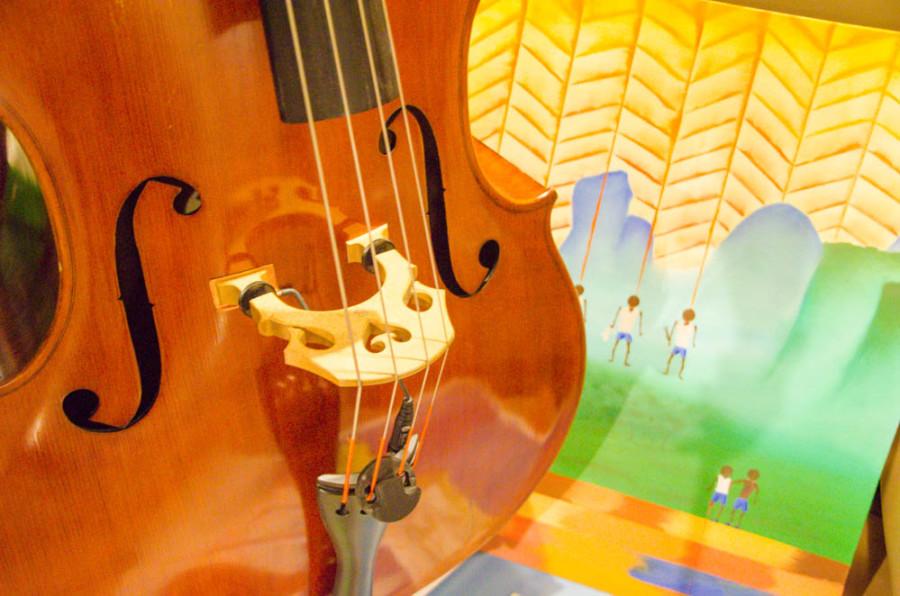 In recent years, Walla Walla has begun to grow from a farming town to a burgeoning hub of art and culture. Looking to facilitate that growth, locals Nicolai Carrera and Zach Winterton are launching the online magazine AH! CAPELLA and holding semi-frequent events to connect the Walla Walla community.

Carrera and Winterton were two musicians who recently returned to Walla Walla after spending time in California. Upon their return, they noticed the drastic changes the town had undergone and thought the time was right for a project like AH! CAPELLA. Their circle of friends has several connections to the art world, and a website such as this seemed like the perfect opportunity.

“The arts and the culture side of this town has grown a lot,” said Carrera. “It’s almost like this town has become a totally different place since I left.”

However, the duo believes that the culture is still developing, and it needs a medium like their online magazine and the events promoting it to make it truly prominent.

“It’s a good opportunity to position ourselves as almost the â€˜taste-makers’ of town,” said Winterton. “Hopefully, all together we can make something exciting.”

The magazine will take the form of an open-submission website that showcases local art of any kind: music, painting, poetry, graphic art and whatever else the community wants to see. The website will also promote upcoming events held by AH! CAPELLA.

The launch event, which took place on Nov. 30 at the Vintage Cellars, featured five bands and three local artists showcasing physical artwork. This event was the first of many, including an acoustic show on Dec. 14 and a full rock show on Jan. 1 at Marcy’s, chosen for their existing friendly relationship with the local music scene.

Whitman College can look forward to connections with AH! CAPELLA as well, with the duo looking to connect the school’s culture to the larger Walla Walla community. AH! CAPELLA plans to hold some future events on campus and have underrepresented student artists showcase their work on a larger scale.

“I’m excited about the opportunity to … potentially give a college student who’s going to Whitman for the arts a chance to have their art online, maybe for the first time,” said Winterton. “They can send it to their parents and say, â€˜Look! This is all paying off! I’m a published artist now!'”

While at first the events will be primarily music-based and be 21-and-over shows, Carrera is anticipating the transition into all-ages shows, as the two of them first came to love live shows at age 15. AH! CAPELLA is also looking to expand its horizons to events such as art exhibits and take whatever form the community wants it to.

The project has gained a lot of traction, with nearly every member of the Walla Walla community who was informed about it wanting to get involved. Winterton hopes that everyone who gets involved with AH! CAPELLA will benefit from it.

“When we support each other, everyone wins,” said Winterton.