When Sex Gets in the Way of Story 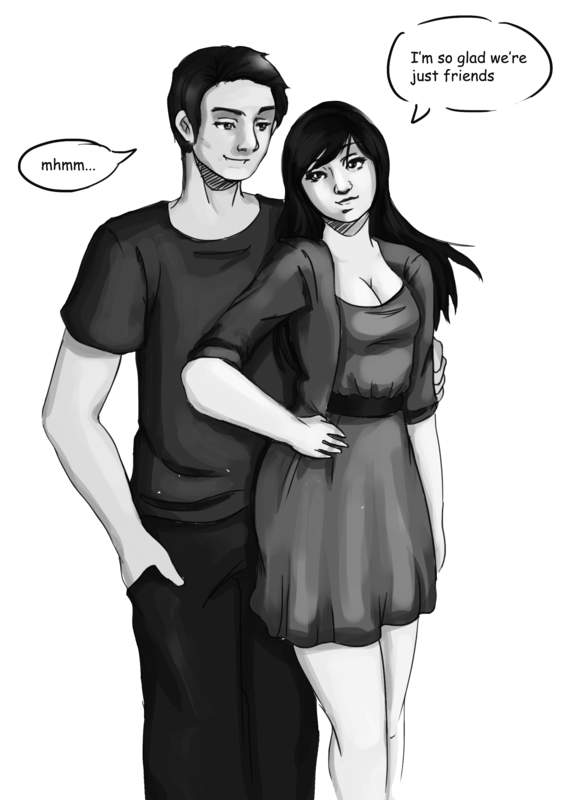 We’ve all seen the story line before: Boy meets girl (or perhaps he always knew girl); boy and girl have loads of bottled up sexual tension; boy and girl almost kiss; boy and girl chalk it up to something weird in the air; boy and girl finally kiss, and kiss and kiss. It’s the classic “When Harry Met Sally” problem. Men and women can’t be just friends because as Harry famously explains, “The sex part always gets in the way.”

But is that actually true? You would think so by our pop culture. Watch any television show with heterosexual leads and there always seems to be a wink, wink, nudge, nudge that implies things are probably less than platonic. Chandler and Monica from “Friends” were “just friends” before they weren’t. Booth and Brennan from “Bones” were “just friends” before they slept together. Mindy and Danny just shared an almost kiss last spring on the “The Mindy Project,” so there goes another “just friends.” With the exceptions of “Parks and Recreation’s” Leslie Knope and Ron Swanson and “Elementary’s” Sherlock and female Watson, heterosexual characters just can’t keep their hands off of each other. It begs the question: Why can’t they?

Partly, it’s a narrative problem. Friendship isn’t romantic courtship. It doesn’t have a beginning, middle or end. Friendships aren’t sexy. When there’s a man and a woman, we expect sparks to fly, so stories about friendships –– like “Parks and Recreation” or “Elementary” –– are relatively rare. So when you think about it, is the lack of friendship on TV a Hollywood problem? A narrative problem? Or is it an us problem?

As a culture, we have a significant amount of trouble understanding love that isn’t based on blood or sex. We have trouble with mentorship or camaraderie; we have trouble with intimate friendship. When we see these kinds of relationships in pop culture, we feel the need to sexualize them. That’s why television bloggers and commentators ship couples, despite writers explicitly saying that their leads are just friends and that’s all. And that’s why “just friends” often becomes more on TV shows.

In real life, there seems to be no problem having platonic relationships with the opposite sex. In fact, if you told your best other-gendered friend about Harry’s assumptions about sex getting in the way, they’d probably laugh at you. It’s about time we started seeing it played back to us that way on TV.