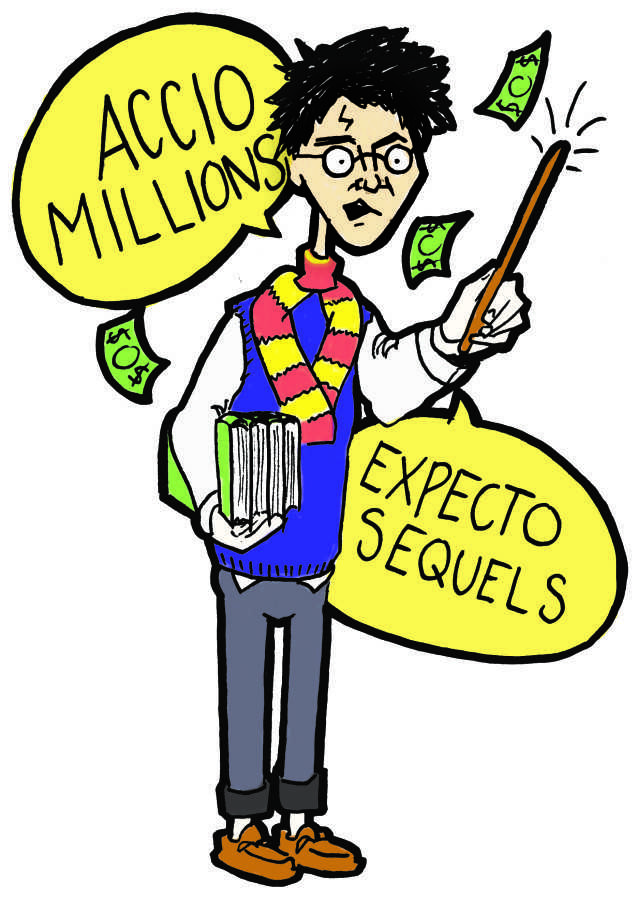 “Harry Potter” is baaack!!!!! Okay, not quite, but my assignment this week was to check out Warner Brothers’ recently announced upcoming series heading to the big screen about the world of magic and wizards –– a sort of Hogwarts prequel set 70 years before Harry was born. My first reaction was roughly, “SAY WHAT???” But after reading article after article about the series in the works, I succumbed to my inner child and am excited about the prospect of J.K. Rowling’s new fantasy adventure.

The new series is going to be set around the Hogwarts’ book, “Fantastic Beasts and Where to Find Them.” For non die-hard “Potter” fans, “Fantastic Beasts” is one of the required books for Hogwarts’ first-years to read. The movie will follow the book’s author, Newt Scamander, on his journey around the world exploring and categorizing magical beasts. This premise doesn’t immediately promise much action and sounds like a zoology project, but the possibilities that come with the wizarding world and magical beasts offer enough to cast a spell (sorry could not resist) over the audience.

Recognizing that I am a huge J.K. Rowling fan and not entirely objective regarding anything to do with her in the mix, I sat down with Annie Petersen, assistant professor of film and media studies, to discuss the rekindling of the “Harry Potter” phenomenon.

“[The proposed revamp is] symptomatic of New Hollywood economics, in which the derivative and safe take precedence over the innovative and new,” said Petersen.

In other words, money trumps all and as long as the public keeps buying tickets, who cares if the product is just cookie-cutter reproduction?

While a bleak view of the current state of Hollywood as well as about us, the consumers, I have to agree that we are living in the age of retreaded sequels. And although we may love the Harry Potter universe, maybe we should insist that the magical series stay done and complete. I agree with Petersen that “more isn’t always better.” But maybe just not when it comes to the magic of Hogwarts!

As Hollywood predicted, I will be the first in line to shell out bucks to see the newest rendition of the Hogwarts phenomena. Specifics on the upcoming movie are a bit lacking. No release date has been set. No script has been written. No cast has been set, although Daniel Radcliff has confirmed he will not be making an appearance in the new series. All we know is that J.K. Rowling will write the screenplay, noting that she “would only revisit the wizarding world if [she] had an idea that [she] was really excited about and this is it.” Rowling’s confidence gives me hope. With a net worth of over a billion dollars, according to Forbes, Rowling doesn’t need the money from a “Potter” spin-off, so hopefully she truly believes the series really is worth revisiting.

Resurrecting the “Harry Potter” fantasy seems like a no brainer for the studio, but risky for the die-hard Potter fan. The Harry Potter books were the first “big books” I read, and I can still remember the excitement and anticipation of getting the newest installment. The magic was the same for the movies, and the final Harry Potter movie seemed like closure to my childhood. Now with a bit of dread, I hope this new series can reclaim the magic and make me feel like a kid again, and not be a sell-out just for the money. Either way, I’ll be first in line to see Newt and his magical beasts when they hit theaters. Bring it on J.K. Rowling –– no pressure.