Do you wub dubstep? 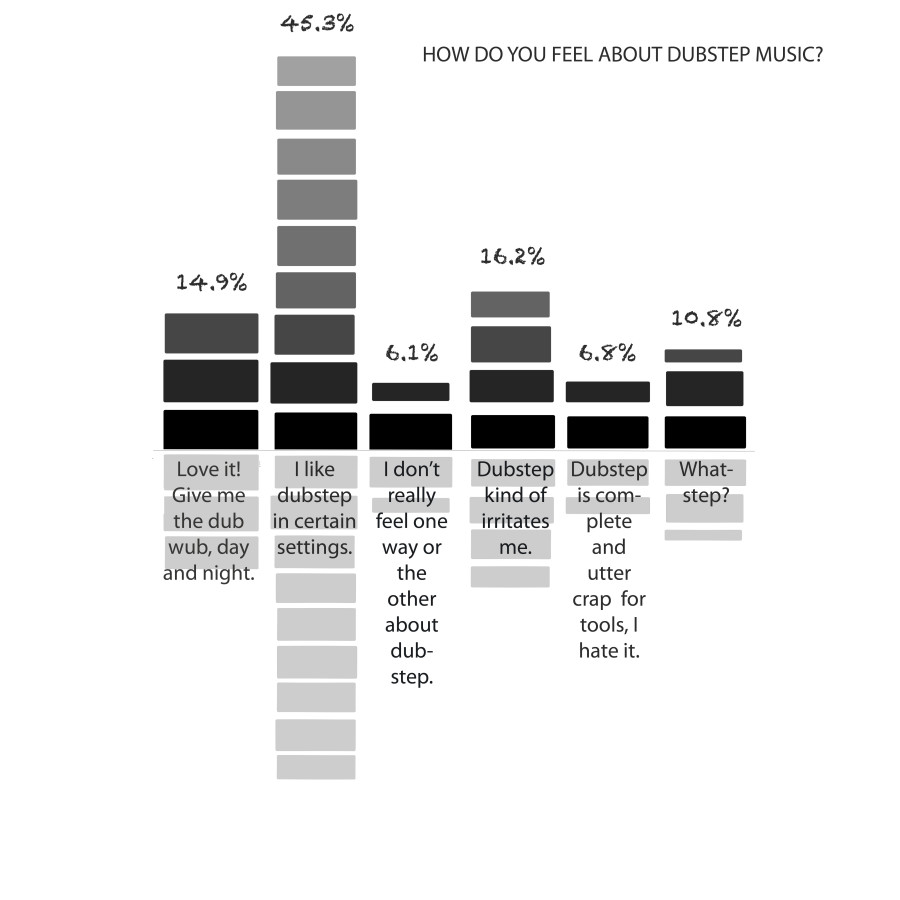 Ever hear those reverberant drum patterns pulsing at maximum volume on some kid’s headphones in the library? Ever go to a party and find yourself dying with intense anticipation of a bass drop? Or hear clipped vocals and a generally repetitive “wub-wub” sound coming from down the hall? What you’re probably hearing is dubstep, the newest musical craze  sweeping the nation.

Dubstep is a genre of electronic dance music. Its sound is best characterized by clipped samples, occasional vocals, bass drops leading into dynamic peaks and the wobble bass: an extended bass drop that is manipulated or distorted in volume or in rhythm.

This past week, The Pioneer interviewed several students around the Whitman campus about their feelings on dubstep. Their opinions, just like dubstep’s bass line, were varied.

First-year student Zane Macphee said, “There’s no explanation to why I like it. It’s just a visceral reaction. It pumps you up, you really can’t be sad while listening to dubstep. It’s definitely a mood-pleaser. It’s the build and the crash, the boom and the bust, and that’s really what sets it apart.”

“I really like dubstep because it’s such a stress reliever to listen to, not like calming music or anything. Its totally different than any other music. You either like it or you don’t, and most people seem to enjoy it.”

Snow also theorized about the nature of dubstep’s appeal.

“I think it’s the beat, which is very similar to hip hop, and it’s use of ‘gritty’ synths. This appeals to those that want something a bit edgy but don’t want the screaming vocals of a rock band.”

But others disagreed about the danceability and emotional response elicited by dubstep.

“You can’t shake yo ass to it,” said first-year Eli Robinson. “You can only look dumb and move around. Not sure if my opinion goes any deeper than that.”