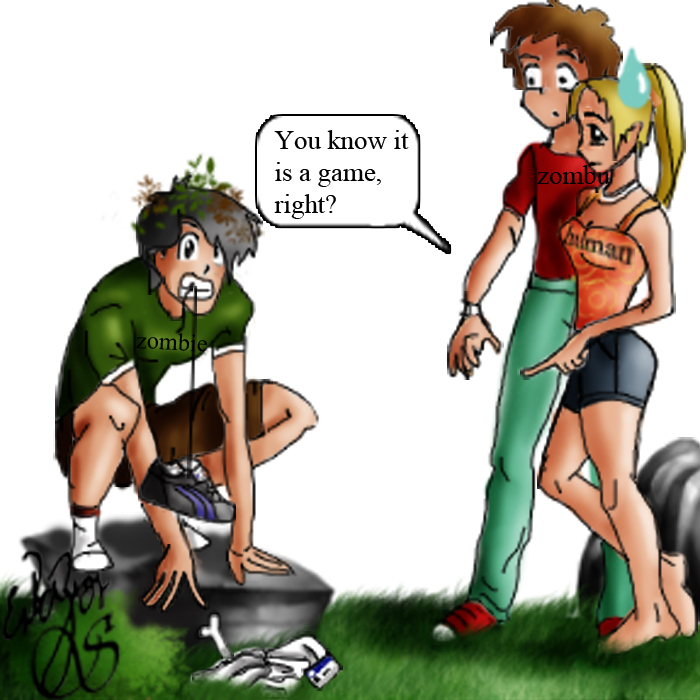 On Wednesday, Sept.15, more than 240 Whitman students jumped into Humans vs. Zombies, a notorious game of on-campus tag. For the first few days, the humans work furiously to avoid the single zombie disguised in their midst. In little more than a week, there will be only a handful left. Two humans escaped the game alive last year. Two hundred ten were “eaten” by their classmates in a bloody cabal. Humans vs. Zombies is a giant event that will bring Whitties together before they, in the spirit of the game, are torn apart.

After registering with alpha.hvzsource.com online, students tie bandannas around their wrists and arm themselves with Nerf weapons and socks. Each participant starts as a human–everyone but the student selected to act as the first zombie. His or her job is to tag a human–to “eat” them–and take the index card humans carry which contain an individualized serial number. Zombies wear their bandannas on their heads and have to “eat” humans every 48 hours to stay alive. After the zombie enters the serial number at the website, the game begins in earnest.

Academic buildings, private spaces, dining halls, bathrooms, eating areas, the library and team events (like a sports practice or debate match) are safe.   The halls of dorms, anywhere outside and the Reid Campus Center are free game for zombies. Humans can stun zombies with Nerf darts and socks for 15 minutes in order to escape. Once you’ve changed into a zombie, there’s no going back–so, for the human side, the game is a slow fight for survival.

The humans “very rarely win,” but they stand a chance if they band together. By moving in groups, coordinating their movements and working in squads rather than as lone wolves, the humans can survive.

“The more people get into it, the more fun it is for everyone,” says senior Samuel Nortz, a moderator. “What humans need to do is work together.”

“It’s all about teamwork,” stresses junior Michael Schier, the moderator in charge of the game this year.

The first time that Schier heard about Humans vs. Zombies, he was living in the 2-West section of Jewett Hall. Senior Jay Richards, a third moderator, was his RA, and Patrick Herman, one of the founders of Humans vs. Zombies at Whitman several years before, was his RD. Schier confesses he spent “like two weeks learning everything I could about it.”

Now, Schier and Richards–both organizers and enthusiasts–find that Humans vs. Zombies is not only a game, but also their job.

“It’s a surprising amount of work,” admits Richards. “It doesn’t feel like work, because it’s fun, but there’s a lot of organization involved.”

Moderators have to promote the game via posters, flyers and other media. They prepare a list of “missions” for the humans to complete with various objectives and decide, based on the direction the game is taking, which is best for which situation. They also have to “balance” the game and ensure that it lasts long and stays interesting.

“We try as much as possible not to mess with the game,” asserts Nortz. “The order . . . and types of missions will rely on the progression of the game.”

“No matter how much planning we do, we have to make decisions on the fly,” says Schier.

The game is tracked and maintained through hvzsource.com, a website that maintains player serial numbers, provides information about the game and allows moderators to communicate with students.

“Schier . . . has been doing most of the technical work,” Nortz said. “He is the one who got us in touch with hvzsource.com and switched us over from the old DormWire system.”

Many at Whitman, the second college to pick up Humans vs. Zombies, describe the game in terms of togetherness.